A short walk with fine mountain scenery and views of the coast. You will pass stone circles and a Napoleonic redoubt.

Drive to the Col d’Ibardin and park at the highest venta, Venta Elizalde, with a view down to St Jean de Luz and the coast. 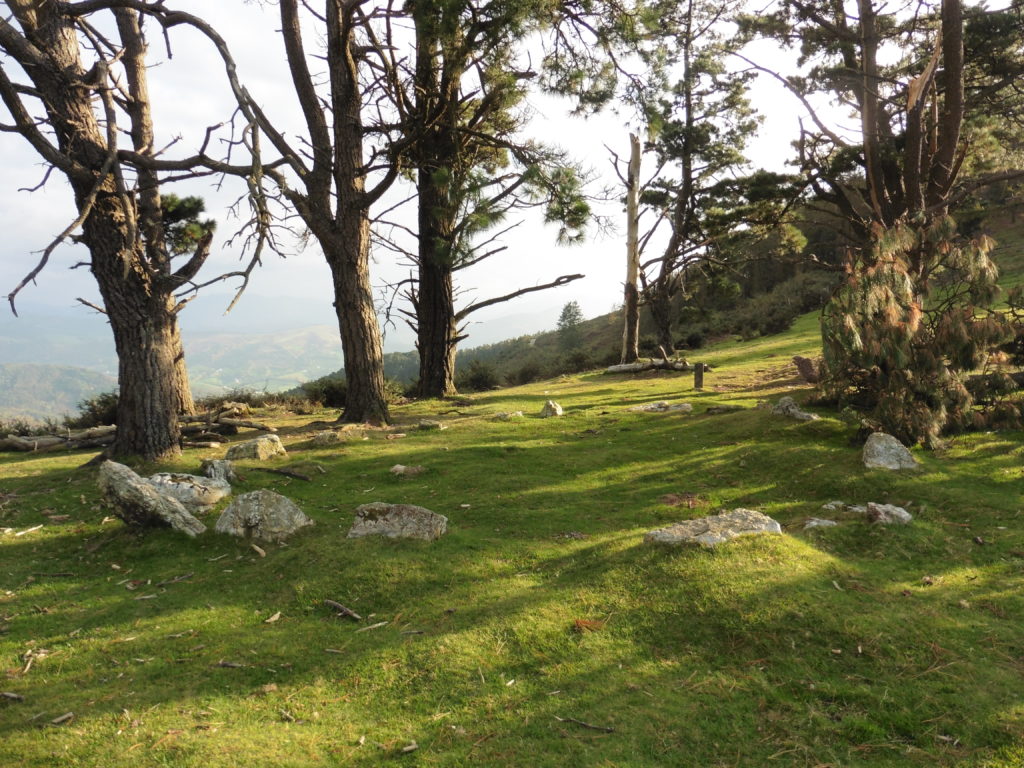 Take the path going W up the ridge marked with the red and white waymarks of the GR10. After a short while the path joins a dirt road which winds SW up and round the flank of the mountain eventually levelling off with a pine forest on your right. At the end of the dirt road (25’) continue along the path that follows the contour SW round the side of the mountain with a view down to the reservoir below and opening views over the bay of Txingudi and the Peñas de Aia in Spain.

35’ – Leave the GR when it turns to follow the ridge NW towards Hendaye and follow the trail that climbs up SE to the summit ridge of the Mandele. Turn SW to take the view from the subsidiary summit; (frontier stone 8, 514m, 45’). Retrace your steps back up the ridge to the main summit.

1hr 5’ Mandale , frontier stone 9. The summit is circled by a defensive fortification used by the Napoleonic army at the battle of the Rhune in 1813.

Follow the ridge E which descends past a pine forest on your right and levels off at a clearing with some stone circles.

1hr 15’ stone circles. The path threads its way through some rocks and then down the increasingly steep ridge back to the start where refreshments are available.